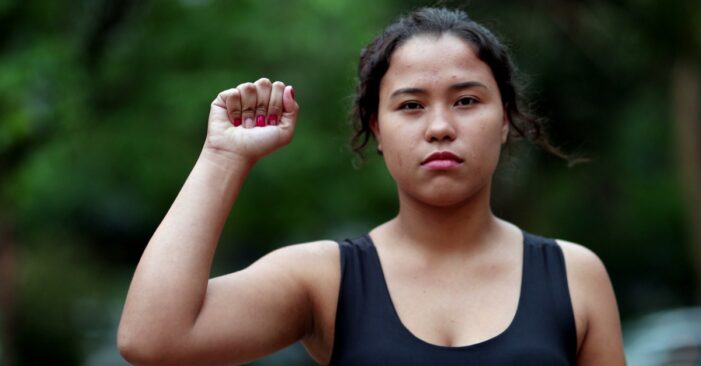 Culminating on International Human Rights Day today, the Biden administration convened a Summit for Democracy with world leaders this week to address three key themes: defending against authoritarianism, addressing and fighting corruption, and promoting respect for human rights. While there is much to say about the fight against authoritarianism and corruption in America and abroad, International Human Rights Day is an important moment to recognize how the United States can better live up to its human rights obligations.

Earlier this year, the United States submitted a report to the CERD Committee regarding its compliance with the treaty — a report that was due in November 2017. Unfortunately, the report fell short in describing how our nation lives up (or fails to live up) to the comprehensive provisions set forth by CERD to promote equality and racial justice.

America’s track record of creating opportunities for people of color and ending racial discrimination is decidedly mixed, but the Biden administration took a critical step forward on day one with Executive Order 13985 — an important order that called on federal agencies to take concrete steps to achieve racial equity. Now the administration must continue to demonstrate its commitment to racial justice and equity by addressing recommendations by the CERD Committee.

To that end, the administration should create a stable and effective federal body or structure that is focused solely on the domestic implementation of human rights treaty obligations. They should establish an interagency mechanism coordinated by the White House through the Domestic Policy Council and the National Security Council, and it should be created through executive order so it’s more sustainable. The new interagency mechanism should be tasked with ensuring that domestic agencies implement recommendations from regional and international human rights bodies in a timely manner and that they consult regularly with civil society.

Given that our nation’s compliance with CERD will be evaluated in 2022, and because of the U.S. government’s weak report to the CERD Committee earlier this year, we strongly and urgently recommend the creation of a national plan of action to fully implement the treaty — one that could be submitted to the committee prior to its review of the United States. Indeed, taking this step would be consistent with and advance the president’s goals on racial equity.

Of course, this week’s summit is not limited to these past few days. The year of action that the summit kicks off — which will culminate in another summit at the end of 2022 — will be a critical time for the U.S. government to engage with civil society and make specific and meaningful domestic commitments to address the structural racism and ongoing racial discrimination faced by too many people in America today.

But this week’s summit — and International Human Rights Day — should also serve as a reminder of the human rights treaties the United States has thus far failed to ratify. In particular, The Leadership Conference has urged the Senate to ratify the Convention on the Elimination of all forms of Discrimination Against Woman (CEDAW) and the Convention on the Rights of Persons with Disabilities (CRPD) — the latter which was modeled after the Americans with Disabilities Act but which the United States is still not party to. Ratification of these treaties would reflect our nation’s commitment to women’s rights and disability rights and core American values such as the dignity of the individual.

We strongly believe that civil and human rights must be measured by a single yardstick, both at home and abroad. That is why the creation of an interagency mechanism and a national plan of action to fully implement treaties — in addition to the ratification of CEDAW and CRPD — are so vitally important. We will continue to engage with the administration, call for action, and demand that the United States live up to its highest values and ideals. The time is now.