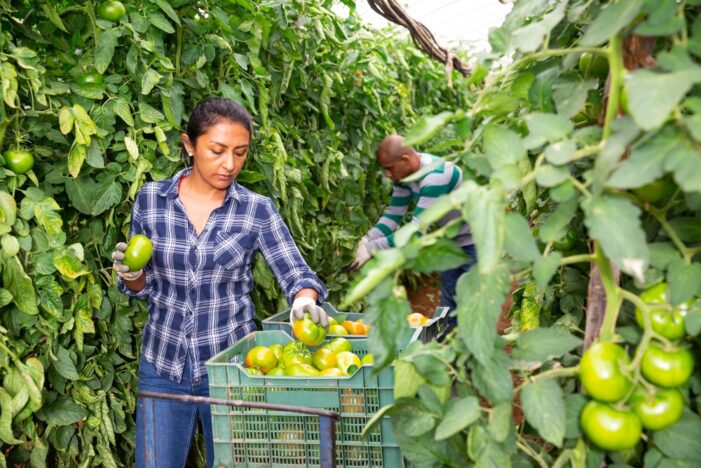 Do fewer U.S. workers get hired when employers also hire temporary seasonal labor from abroad? A new study of firms applying for H-2B visas suggests that the answer is no.

The H-2B visa allows workers from abroad to enter the United States to fill temporary, non-agricultural jobs that do not require a high level of formal education. The number of new H-2B visas that can be issued each year is capped at 66,000 and visa recipients are randomly selected through a lottery.

The H-2B program
U.S. employers wishing to hire H-2B workers must first obtain a temporary labor certification from the Department of Labor (DOL). For an employer to receive certification, DOL must determine that: (1.) not enough qualified U.S.-born workers are available to fill the temporary jobs for which the employer wants to hire H-2B workers; and (2.) the employment of H-2B workers will not adversely affect the wages or working conditions of U.S.-born workers performing similar jobs.

In recent years, the demand for H-2B workers has far exceeded the annual cap of 66,000, and demand is often so high that DOL and DHS exercise their authority to add additional H-2B visas to the pool throughout the year. As a result, DOL conducts a lottery to determine which of the firms that applied for temporary labor certification will actually receive certification.

Employers who receive the temporary labor certification must then apply to U.S. Citizenship and Immigration Services (USCIS) for permission to employ H-2B workers. Once USCIS approves the petition, foreign workers can apply for an H-2B visa from a U.S. embassy or consulate in their home country. Some foreign workers may not need a visa if they are already in the United States and received USCIS approval for an extension of their current H-2B status or a change from a different status to H-2B status.

New study finds no decrease in employment of U.S.-born workers
The new study surveyed firms that participated in DOL’s 2021 lottery for processing of H-2B temporary labor certifications and compared those that won with those that lost.

Firms that were winners of the lottery—and were therefore able to hire more H-2B workers—experienced an increase in revenue. The winning firms also experienced either a slight increase in the employment of U.S.-born workers or no change at all. There was no evidence that hiring more H-2B workers resulted in a decline in employment for U.S.-born workers.

The study also found that employers which lost the H-2B lottery did not tend to hire more U.S. workers. As a result of losing the lottery, those firms generally hired fewer workers overall and suffered from lower revenue than those firms which were able to hire more foreign workers. The economists carrying out the study suggest that this result occurs because there are “few substitutes” in rural areas for the labor carried out by individuals receiving H-2B visas, lending support to the need for the program.

Immigration and employment
The study supports the conclusion of many economists that immigration expands the job market for U.S.-born workers.

The new study and the findings of many other economists undermine the common myth that every job filled by an immigrant worker is one less job available to a U.S.-born worker. In fact, immigration increases job opportunities for the majority of U.S.-born workers.