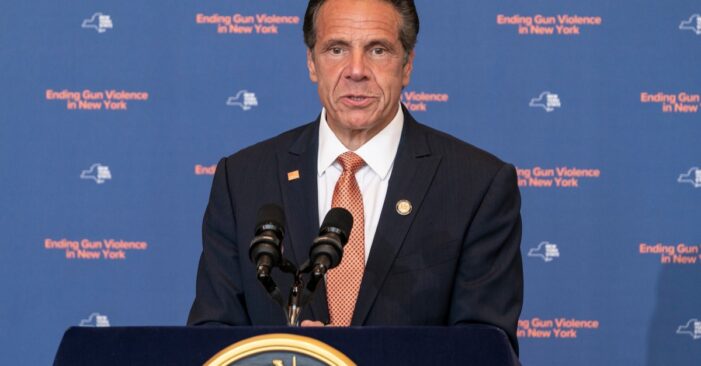 A source close to the ex-governor confirmed to PoliticsNY that Cuomo, who had a hefty $18 million in his campaign war chest when he stepped down, has commissioned internal polling and weighing a potential showdown with his one-time lieutenant governor.

Adding fuel to Cuomo’s political ambition is the Emerson College/The Hill poll from last week that had Cuomo trailing Hochul by just 4%.

In the poll, Hochul received 37% of Democratic voter support in a hypothetical matchup, while Cuomo garnered 33%. The other two candidates in the race – U.S. Rep. Tom Suozzi (D-Long Island, Queens) and city Public Advocate Jumaane Williams – registered in the single digits.

Cuomo has been making the rounds at mainly Black and Latino churches, claiming he is a victim of “cancel culture” and alleging that state Attorney General Letitia James’ office engaged in “prosecutorial misconduct” in releasing a report corroborating allegations that he sexually harassed 11 women, many of them younger aides.

Cuomo has not been charged with any crimes.

In order to make the ballot for the June Democratic Primary, the ex-governor needs to collect 15,000 signatures with April 7 being the last day to file designating petitions.