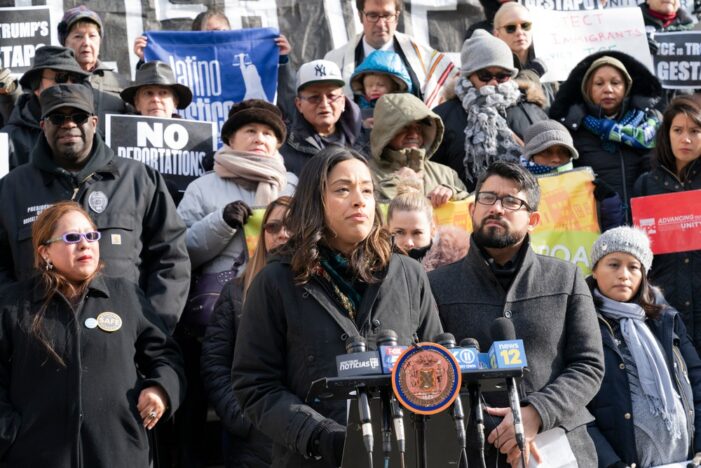 An article by the Pew Research Center (2020) notes that over 70% of voters in the United States believe elected officials don’t care about average citizens. A view that is equally held by both Democrats and Republicans. A similar report (2019) released by a program from the University of Maryland shows many registered voters firmly believe that Members of Congress do not listen to the people they represent.

Sadly, when citizens believe their elected officials are not listening to them, it threatens the fundamentals of democracy, built on the people’s role and decisions. Over time, many experts have attempted to provide possible reasons behind this perception. Some have linked the cause to the media’s role in framing the issues, including social media’s effect in portraying related messages. Additionally, movie storylines and messages have contributed immensely to the public’s mistrust of elected officials.

Interestingly, legislators do not work specifically to promote policy problems highlighted by their constituents. Evidence in the type of bill sponsorship often does not reflect their constituents’ preferences. Instead, they appear to be continually driven by their district’s election cycle and committee assignments, acting more like trustees or delegates.

Hence, after gaining power through the election, they lose their sense of accountability toward their constituencies. Yet, most citizens expect to see their representatives working for them because they are elected to be their voice in the crowded and competitive political arena.

New York City and Its Peculiarities
There are obvious exceptions and examples of when legislators fight for the citizens’ rights even when it is deemed unconstitutional. One example is the recent ruling against the people’s demand in June 2022. A New York City Judge ruled against the request for noncitizens to be allowed to vote in local elections, which he deemed unconstitutional.

Consequently, the decision affected an estimated 850,000 noncitizens – including many taxpayers. Furthermore, the ruling prohibits legally documented, voting-age New York noncitizens from participating in performing a critical civic duty. Noncitizens in Maryland, Vermont, and San Francisco are allowed to cast ballots in local elections.

While the ruling was a victory for representatives of the thirty-eight percent of Republicans who fought the law, it was disappointing for many Democrats. The City Council Speaker, Adrienne Adams, and other council members believed the law would empower immigrants, especially people of color, to be part of the City’s governance.

Despite the rulings, the representatives are determined to keep demanding the rights of their constituents. “Now more than ever, people’s rights have been threatened. We need more civic and community engagement, not less,” says Speaker Adams.

There is an unmistakable cordial relationship between the City’s Council Members and members of the black and brown communities in New York City. Many representatives fight for their rights to good health care, housing, and education. There is a forum called the New York City Council Black, Latino, and Asian Caucus. The platform aims to advocate, protect, and empower the City’s people of color using oversight, budgetary and legislative powers of the Council.

However, this does not tell the whole story. There are no doubt cases where the people’s interests – mainly black and brown immigrants- are not well represented. Some claim it has led to repeated harassment, discrimination, and intimidation.

Curiously, with few exceptions, some immigrants feel they live out the same experiences of black and brown American citizens whose opinions do not always count. In their view, they confront anti-black discrimination and racial prejudice because of their skin color, language barrier, accent, etc.

Some of these factors expose them to high risks of poverty, increased incarceration, lack of access to quality health care, over-policing, and lack of affordable housing. More than another immigrant group, undocumented black immigrants, are also caught in the possibility of criminal-based deportation, with over seventy percent of black immigrants deported on criminal charges, compared to forty percent of other immigrants.

Responses from a few undocumented black and brown immigrants show a feeling of losing identity to the label of being ‘black’ and voice, resulting in the same treatment as other blacks. Kwame Osei, who lives in the Bronx, reports that his views are nonexistent as an immigrant, just like other blacks in America. “Nobody listens. My right in this country, especially New York City, is not protected because the land belongs to the white people,” he says.

Interestingly, they know that their rights and concerns can be addressed through the representatives at the various levels of government, especially within their districts. However, most need clarification on steps to take to get their views known.

Findings from a poll report show that voters were equally divided in their action toward contacting one of their congressional representatives. More than forty-seven percent of citizens had reached out, while fifty-three percent had yet to reach their representatives. Interestingly, irrespective of whether they received a response, the majority felt ignored by their members of Congress.

Suggestions to Improve Relationships Between Legislative and Constituents
Surprisingly, the solution to the problem is embedded within enhanced methods of communication, raising awareness of the role of the media and general relationship management of both parties.

A New York City council member said, “Being more accessible and meeting your constituents in the community is the most important way of bridging the gap.” The process aims to cooperate toward making critical decisions in everyone’s best interests.

Communication
Effective communication is critical. “I can’t think of anything more important than communication,” says Jewelyn. “We should be able to talk to our representatives about our concern.”

The communication channel between legislators and citizens in various districts enables the representatives to decide on ways to resolve citizens’ concerns and express opinions. Therefore, citizens, including immigrants, can use formal mechanisms to participate in the legislative process, such as committee hearings, public access, and informative sessions held at city halls or designated legislative buildings.

Legislative meetings hold frequently, and stakeholders, including immigrants, meet to engage in public decision-making. At such gatherings, they reach a consensus on different issues affecting every citizen and the future prosperity of the community/district and State.

Some basic steps for effective individual participation start from a basic understanding of the legislative process. Potential resources to gather relevant information include:

Get to Know Your Council Members
You must know who to talk to and develop a relationship with to be heard. For Ada Rosa, “One of my goals in this city is to get Latinos elected,” she said. “So, I try to know who is running and talk to them, you know, form a Latino caucus of our own.”

Thus, it is essential to build a positive relationship with the representatives by having the right attitude – remember, you are not the only one they represent. Endeavor to arrange a meeting with them outside their peak period of activities and try to find common areas of interest within the community where you can meet them. You can meet with them by writing a letter, sending an e-mail message, or testifying before a committee.

Become Known to the Legislative Staff
Most council members have staff they depend upon for gathering information and analysis; you can become a resource for providing information about people’s concerns and issues.

Network with Other Immigrants
Most people live in communities, the more information you can gather from other concerned immigrants and citizens, the more impact you can make with your voice. You can also join groups and networks with similar interests and concerns. A group of concerned citizens is more effective than individuals trying to accomplish the same objective alone.

Regardless of how you feel about your representative, avoid being aggressive with them when you disagree with their opinion. The 51 Council Members representing the districts are at the New York City Hall in New York City. Each Council Member has an office at 250 Broadway and offices in each of their neighborhoods.

They always want feedback on improving their constituencies, the City, and the State, either in person or online. However, for issues peculiar to a neighborhood, it is best to contact the Council Member representing that community to lend your voice.

Remember that your participation is essential and makes a difference.

This article is part of the 2022 NY State Elections Reporting Fellowship of the Center for Community Media at the Craig Newmark Graduate School of Journalism at CUNY.