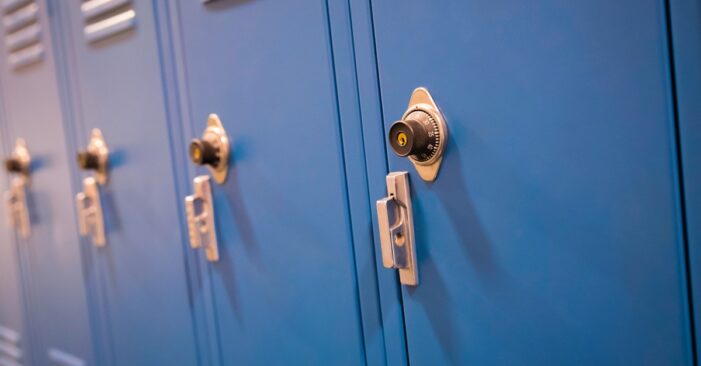 The top lobbying group for the charter school industry is rushing to preserve millions in funds from the federal government that flow to charter operators that have turned their K-12 schools into profit-making enterprises, often in low-income communities of color.

The group, the National Alliance for Public Charter Schools (NAPCS), objects to a provision in the House Appropriations Committee’s proposed 2022 education budget that closes loopholes that have long been exploited by charter school operators that profit from their schools through management contracts, real estate deals, and other business arrangements. NAPCS also objects to the legislation’s proposal to cut 9% from the federal government’s troubled Charter Schools Program (CSP).

The House budget proposal, which was passed out of the majority Democratic committee “in a party-line vote,” according to the Hill, has been praised by numerous education groups, including:

Education Week reports that the House budget will, among many things:

The legislation mostly aligns with the President Biden administration’s proposed budget for K-12 spending, as reported by Chalkbeat in April 2021. The provision ending federal funding of for-profit charter school operators reflects Biden’s pledge, made in his presidential campaign, to “not support any federal money for for-profit charter schools, period.”

The specific provision regarding for-profit charters that NAPCS objects to states:

“None of the funds made available by this Act or any other Act may be awarded to a charter school that contracts with a for-profit entity to operate, oversee or manage the activities of the school.”

A 2016 audit by the U.S. Department of Education’s Office of Inspector General examined 33 charter schools in six states and found that their relationships with their for-profit management companies posed significant “financial risk” to federal funds. This included risks “of waste, fraud, and abuse” due to charter school nonprofit boards “ceding fiscal authority” to management companies that control how federal funds are spent.

The loopholes that charter school operators use to extract profit from their education services are well known.

As University of South Carolina law professor Derek Black explains on his personal blog, “Most states require charter schools to be nonprofit. To make money, some of them have simply entered into contracts with separate for-profit companies that they also own. These companies do make money off students.”

A 2021 report by the Network for Public Education (NPE)—an organization co-founded by education historian Diane Ravitch that advocates for public schools—examined more than 1,000 charter schools that were contracted with for-profit management companies. NPE found that the schools’ nonprofit boards were often mere fronts for profit-making enterprises that use the charter schools they operate to “maximize their profits through self-dealing, excessive fees, real estate transactions, and under-serving students who need the most expensive services.”

Among the practices that for-profit charter operators employ, according to the NPE report, is to establish “sweeps contracts” that “give for-profits the authority to run all school services in exchange for all or nearly all of the school’s revenue.”

While the proposal from House Democrats is clearly aimed at ending federal funding of a specific type of charter school operation, NAPCS, in its petition campaign, claims that the new legislation would “cut off ALL federal funding” to any charter school that contracts with any sort of business entity. This seems to suggest that the proposal jeopardizes federal funds to all charters, since virtually all schools, charter and public, outsource some services—such as transportation, textbooks, or grounds maintenance—to outside providers.

NAPCS’s president and CEO Nina Rees told a CNN reporter that the legislation “could impact schools that contract out for cafeteria services, special education services, or back office staff.”

Similarly, the organization’s objection to the proposed cut to the federal CSP by $40 million, from $440 million to $400 million, is framed as an “attack” on the entire charter school industry.

After the CNN article was published, it was updated with a quote from Connecticut Representative Rosa DeLauro, a Democrat who chairs the House committee that drafted the proposal, who called NAPCS’s petition campaign “a well-funded misinformation campaign.” She said,

“The language [of the proposed legislation] is clearly focused on ending the practice of charters accepting federal funds only to have the school run by a low-quality, for-profit company rife with conflicts of interest.”

In an email sent to the CNN reporter, and shared with Our Schools, NPE executive director Carol Burris wrote, “Rees knows that the intent of the House is not to ban bus contracts,” and she called the cut to the federal CSP “modest,” adding that the same cuts have been proposed by House Democrats “for the past two years.”

Misleading to Say the Least

Indeed, claims that House Democrats would somehow make charter schools “do without food, plumbing, and books,” as Rees claimed in a tweet, seems misleading to say the least.

First, concerns expressed by Rees and her organization misleadingly conflate school contracts for discrete services, like textbooks and professional development, with business arrangements that lead to a private entity taking over the complete operations of a school. Their argument also overlooks that school district vendor contracts that exceed a certain monetary threshold are customarily approved by an elected school board in a public meeting, not by private agreements between business partners that control a charter school.

Also, the claim that proposed cuts to for-profit charter school funding would apply to all charter schools, seems way overblown—given NAPCS’s own analysis.

While the Hill reporter quotes “a Democratic congressional staffer” who said that proposed cuts would apply to only “10% of charter schools,” and the CNN reporter repeated this figure, without attributing a source to it, NAPCS’s own analysis has found that 12% of charters are technically “for-profit.” Namely, that they are operated by education management organizations that have a for-profit tax status.

But to claim that the proposed legislation would affect all charter schools is certainly an exaggeration.

How That Game Is Played

The proposed cut to the federal CSP has a similarly legitimate connection to concerns about how charter schools use federal funds.

As Burris explained in her email, the concerns stem from the increased “scrutiny” that the program has drawn from House members “for the past several years, which is why the House has not been increasing its budget,” she wrote.

As evidence of that scrutiny, Burris pointed to stories in the Washington Post that highlighted two NPE reports—one of which I coauthored, and the other I contributed to—that documented how the CSP had wasted well over $1 billion on schools that never opened, or opened and then closed after brief periods of service.

It should also be mentioned that NAPCS has been a past recipient of a grant from the CSP, having been awarded $2,385,960 from former Secretary of Education Betsy DeVos in 2018.

According to data compiled by NPE, NAPCS spent $2,621,999 lobbying the federal government for charter schools between 2015 and 2019. That means the grant from DeVos and the CSP nearly covered the cost of the group’s federal lobbying for those years.

Much of the rhetoric NAPCS employs in its campaign lapses into a cynical posturing about denying funding to students, “who are more likely to be Black and Brown and come from low-income communities,” when really there is a business interest at stake.

When NPE’s analysis of the for-profit charter sector compared the proportion of disadvantaged children these schools enrolled, to proportions of those students present in the surrounding districts, it found, “Fewer disadvantaged students (proportionally) attend charters run for profit.” In five cities that the NPE analyzed, only one—Detroit—had for-profit run charters that served more students who are eligible for free or reduced-price lunch.

“In all [five] cities,” the report noted, “for-profit-run schools serve fewer students who receive services under IDEA,” the federal program that funds education services for students with disabilities.

Yet, the charter industry’s opposition to stricter regulation of any kind is not surprising. For years, the industry and its proponents have refused to acknowledge any criticism, no matter how reasonable, of how their schools are conceived and run.

Rather than responding to criticisms with a public examination, as public school educators have to do anytime parents and taxpayers bring their concerns to local school boards, the charter school industry’s response to calls for reform continues to resemble the hardball lobbying tactics of businesses—like those in the energy, tobacco, and pharmaceutical industries—that have long resisted any calls for reform.