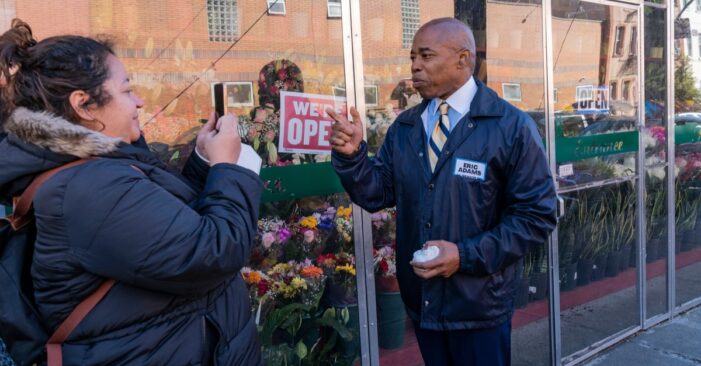 New York, NY — Mayor-elect Eric Adams’s transition team today announced it has raised more than $1 million in a little more than a month to help prepare his administration to deliver for New Yorkers as part of an unprecedented effort.

The Transition Inauguration Entity (TIE), which filed its financial disclosure report today, is responsible for funding staff and professionals tasked with helping the Mayor-elect staff the new administration, conducting City agency reviews, and developing policy priorities. The TIE also funds the inauguration of the new mayor. None of these responsibilities are funded by the City of New York and so must be raised from private donors.

“I am overwhelmed by the outpouring of support for our transition and enthusiasm for the new administration,” Mayor-elect Adams said. “These funds allow us to help coordinate the work of hundreds of transition team members from diverse backgrounds and experiences to prepare us to hit the ground running on January 1 and make New York a safer, healthier, more prosperous place for all.”

At the end of the filing period, which ended November 30, the TIE had raised $993,478 from approximately 600 donors. Since then, the TIE has continued to raise funds at a rapid pace. The Adams transition now has approximately $1.2 million on hand to spend.