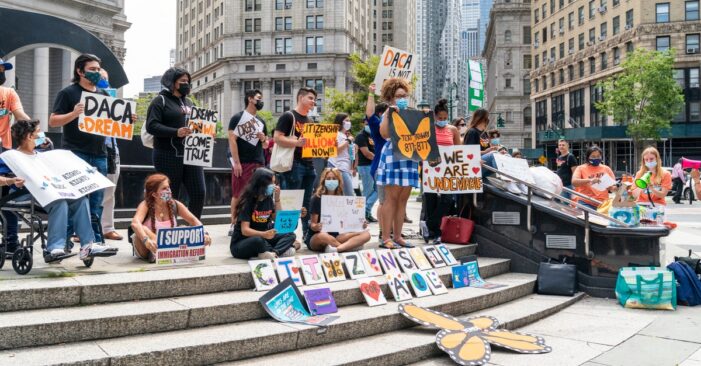 ALBANY, NY – FWD.us released a new analysis highlighting the critical need for the state to enact policies that attract more immigrants while better supporting immigrants already living and contributing to the state’s workforce and economy. As the analysis outlines, in recent years, New York’s immigrant population has stagnated, with some signs of it possibly decreasing, which could jeopardize future growth opportunities, both socially and economically.

Today, fewer immigrants are entering the state each year from outside the U.S., while about two times as many are leaving New York for other states than those entering from other states, citing lack of affordable housing and community development as major factors. Simultaneously, a greater number of New York’s immigrants have reached or are approaching retirement, further impacting the size of the state’s labor force. With immigrant incomes making up more than a quarter of the total income contribution for the state’s GDP in 2019, and a large portion making up the essential workforce, it is clear this population is vital to the current and future health of the state’s economy.

“This important analysis reveals challenges across the state that cannot be overlooked or understated, especially as we work to rebuild from the pandemic and recognize the critical contributions and role of immigrants in New York. Regions like New York City — known for generations as a safer, welcoming hub for immigrant communities and families — are seeing the foreign-born population plateau, with the state’s immigrant labor force likely decreasing by 100,000 in just four years,” stated Eddie A. Taveras, New York State Immigration Director, FWD.us. “Without meaningful policies that address inequalities and improve economic prosperity for the immigrant community, New York could miss an important opportunity to grow its economy similar to decades past when immigrants were encouraged to stay in the state. Further, our reputation as a diverse and forward-thinking state could be overshadowed by our inability to support and maintain a robust immigrant population. I call on state and federal leaders to correct the course and do everything in their power to make New York a major destination for immigrants once again.”

The analysis also highlights regions that have focused on improving economic opportunity and mobility for immigrants, such as the Capitol Region and Buffalo, and are, as a result, attracting new immigrants and refugees. By sustaining and growing the overall immigrant population, these communities are reviving their local economies. In order for the entire state to succeed, leaders must replicate these efforts on a broader scale by adopting policies to attract more immigrants, such as passing the New York for All and Empire State Licensing Acts. State lawmakers should also pass legislation to expand language access to state services, help provide legal counsel funding for immigration proceedings, and address access to affordable housing for all immigrants, regardless of their documentation status.

immigrants in the U.S., immigration, NY