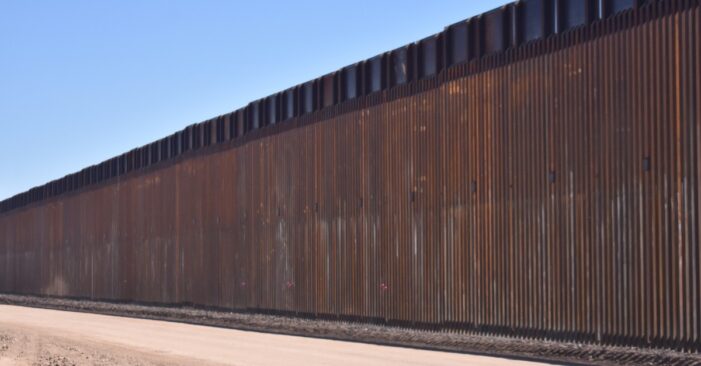 The Department of Homeland Security plans to close small gaps in the border wall, make adjustments to prevent flooding and complete prior construction of access roads, the department announced Monday.

In one of his first actions in office, President Joe Biden ordered a pause on wall construction and called for a review of projects and funds. Over the course of the year, the administration has terminated border wall contracts and gradually returned land to property owners that had been seized for barrier construction. But as a result of the review, DHS has determined there is some work that must be completed. Those activities include completing/installing drainage to prevent flooding, disposing of residual materials that are not required to complete work, and closing “small gaps that remain open from prior construction activities and remediating incomplete gates.”

The work will be done in the US Border Patrol’s San Diego, El Centro, Yuma, Tucson, El Paso, and Del Rio sectors. The work the administration will undertake is focused on addressing life, safety, environmental, and remediation requirements, the department said.
DHS has previously announced efforts to address unfinished projects, like repairs of border barriers in San Diego and in the Rio Grande Valley.

“The type of work that is required will vary by Sector and will be executed with available funding in priority locations identified by CBP,” DHS said in a statement. “The Administration continues to call on Congress to cancel remaining border wall funding and instead fund smarter border security measures that are proven to be more effective at improving safety and security at the border.”
DHS is using already-appropriated funds to address environmental issues stemming from the Trump administration’s wall construction and for construction clean up.

The Biden administration’s decision to halt construction has attracted criticism from Republicans, including Texas Gov. Greg Abbott who announced an initiative this year to build barriers along the Texas-Mexico border. Over the weekend, Abbott unveiled construction of a border wall underway in south Texas, while blaming the Biden administration for allegedly failing to “enforce the immigration laws.”