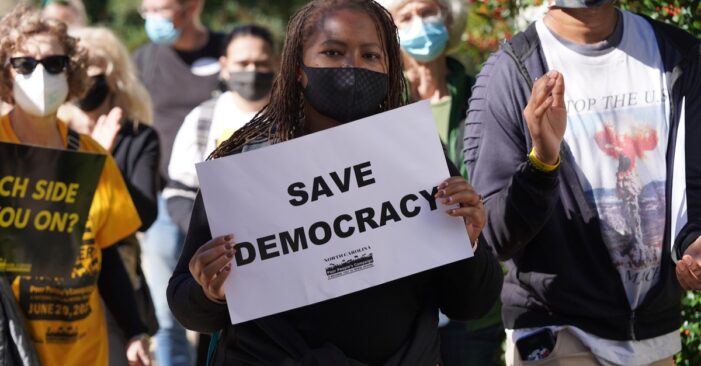 (CNN) – Democrats in the Senate have for the third time tried to use a technical procedure to try to include immigration provisions in President Joe Biden’s Build Back Better Act, putting everything on the line for what could be the last attempt to try to pass some sort of overhaul of the nation’s immigration laws before the new year.

The Senate parliamentarian considered arguments from Democratic and Republican aides Wednesday morning on whether immigration provisions could be included in a massive tax and spending bill that would expand the nation’s social safety net.

The process the parliamentarian is taking is known as a “Byrd bath” — named after former Democratic Sen. Robert Byrd of West Virginia, who came up with the rule to stop either side from abusing the reconciliation process.

The process would decide whether Democrats would succeed in passing a form of legalization for undocumented immigrants, a priority for the Biden administration. Elizabeth MacDonough’s role as the Senate parliamentarian means she advises the chamber on how its rules, protocols and precedents should be applied as Democrats and the White House figure out what they can include in the massive tax and spending bill known as the Build Back Better Act.

The bill would be passed using a process called budget reconciliation, meaning the bill could pass with a simple majority of 51 votes and not require 60 votes to overcome a filibuster. Reconciliation, however, has a strict set of rules, and provisions have to undergo a review of whether they have an impact on the budget and not just an “incidental” one.

In recent months, Democratic lawmakers worked feverishly behind the scenes to include immigration in the massive economic bill. The proposed immigration provisions would be historic if passed, but the provisions would only provide temporary reprieve to undocumented immigrants, not a pathway to citizenship like Democrats had hoped for.

The House version of the economic bill includes language that would provide temporary protection from deportation and work permits to undocumented immigrants who entered the US prior to January 2011 and meet a certain set of criteria. About 6.5 million people would qualify, according to an analysis by the Congressional Budget Office.

Overhauling the nation’s immigration laws has dogged Congress for decades — and with a slim majority, Democrats seized on reconciliation as a path forward. But that too has been an uphill climb.

“The work permits and deportation protections in the BBB legislation will benefit millions of immigrants who are Americans in all but paperwork and have stepped up for all of us during COVID and kept us fed, kept us safe, and kept our economy moving,” said Douglas Rivlin, a spokesman for America’s Voice, in a statement this week.

Democratic aides say they don’t believe this is the last chance for them to get some sort of immigration provisions if the Senate parliamentarian rules against this third attempt, but the clock is ticking considering Senate Majority Leader Chuck Schumer has repeatedly said he wants the bill to pass by the Christmas holiday.

“The immigration permits proposal was specifically designed to fit within the budget reconciliation rules. Senate Democrats may need to make adjustments to certain provisions that do not have an explicit budgetary impact based on her feedback but that would not impact the essence of the proposal,” Kerri Talbot, deputy executive director at the Immigration Hub, told reporters Wednesday.

Talbot said another “Byrd bath” is expected in the event that adjustments have to be made to the Democrats’ immigration plan, stressing that it’s a process.

“The final details matter but we’re confident immigration relief will be included in Build Back Better,” Talbot said.