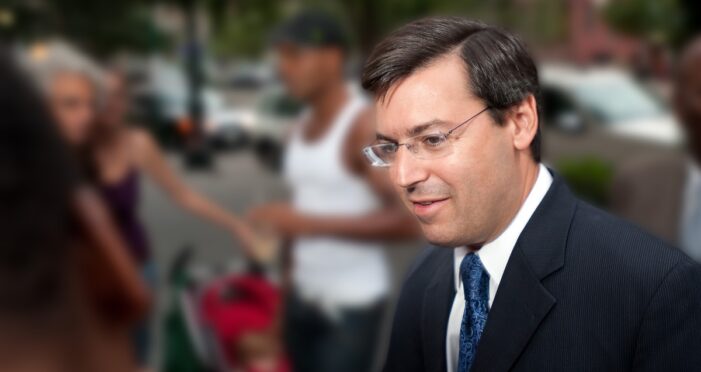 David Yassky has an impressive resume; the dean of Pace University School of Law, where he served from April 2014 to April 2018, a member of the New York City Council from 2002 until 2009, and an aide to Senator Chuck Schumer. The latter who “stood up to the NRA” and helped pass the Brady Bill. Yassky is now running for New York State Senate District 23 against four other democrats and one republican. District 23, which Democrat Diane Savino has represented since 2005, covers much of Staten Island’s North Shore and parts of some southern Brooklyn neighborhoods, including Bensonhurst, Brighton Beach, Coney Island, Dyker Heights, Gravesend, and Sunset Park.

Listen to an interview with David Yasky below:

Though every candidate has different priorities they have chosen to campaign on, there are a few similarities. Those are housing, crime and gun violence, and jobs. And these are some of Yassky’s main points:

Crime and Gun Violence
After the recent subway shooting in Sunset Park, part of district 23, Yassky spoke out on what must be done to avoid incidents like this and the wave of gun violence that swept through the city. Yassky worked as counsel to Rep. Schumer and helped draft Brady Law. The bill required gun stores to perform a criminal background check on any potential gun buyer before finalizing a sale. Brady Law worked as intended for some time. But at some point, gun traffickers and sellers found a loophole. Buying and selling at “gun shows” were deemed a “private sale,” which was not affected by the law. This has led to an increase in sales of guns that do not undergo a background check. Yassky believes it’s time for Congress to close this loophole.

Yassky also thinks that Congress should adopt a national version of New York’s “red flag” law, also known as the extreme risk protection order law. This law blocks individuals who show signs of being a risk to themselves or others from buying any firearm.

Both measures could have stopped the alleged shooter, who reportedly purchased his gun out of state, has a lengthy criminal history, posted videos speaking about violence and mass shootings on YouTube, and could help stop the increase in gun violence in NYC.

Housing
New York City cannot house its growing population due to its struggle to produce homes. The gap between housing costs and wages has worsened the affordability crisis in New York City, leading people to homelessness and overcrowding into smaller apartments. A survey shows that New York City currently has thousands of abandoned buildings and vacant lots. Yassky plans to convert underused hotels and office buildings to affordable housing and plans to do it quickly by eliminating bureaucratic delays.

Jobs
In February, Governor Kathy Hochul announced the start of the construction of New York’s first offshore wind project. As this and many other similar projects kickoff, many jobs will be created throughout the years that it will take to complete these projects. Yassky plans to make South Brooklyn and Staten Island the heart of the offshore wind industry. He wants jobs for those in his district to maintain and build these projects for years to come.

As New York City begins to open after the pandemic, there is hope that things will return to normal and get better. But of course, there is also plenty of work to do. Yassky is up for the task.