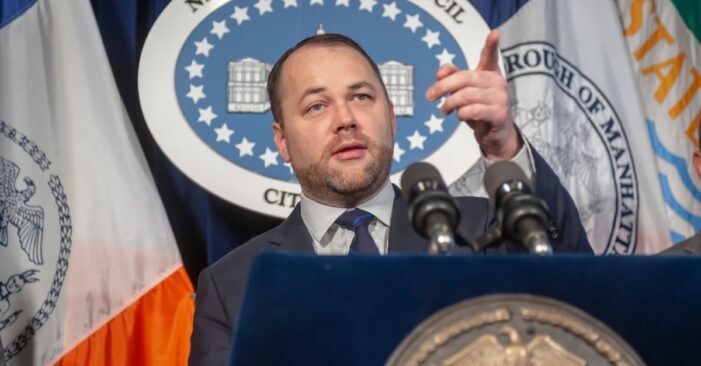 New York, NY: On December 1, advocates, including the Immigrant Defense Project, New York Immigration Coalition, sent a letter to New York City Council Speaker Corey Johnson urging him to immediately pass legislation that would allow immigrants to sue the city whenever they are wrongfully turned over to immigration authorities. There are only two council voting sessions in December before a new council and mayor takes office.

The letter states: “We are eager to build on the New York City’s long-standing commitment to protect immigrant communities, and to create a more robust detainer that protects all New Yorkers. Most immediately, we urge the New York City Council to pass Intro 2348-2021. The strengthened bill will ensure that when people are detained by ICE as a result of a violation of the City’s detainer law — whether because of unlawful transfer by local law enforcement or the unlawful provision of information to ICE — they have the opportunity to pursue a private right of action and, in the process, deter future violations of city law. Without this bill, people will have no redress for the devastating harms committed against them when the laws are violated.”

Council Member Carlos Menchaca, Chair of the Committee on Immigration and Chief Sponsor of the legislation, said the following: “How can we say we are a sanctuary city while at the same time allow violations of our sanctuary laws to go unpunished. During an oversight hearing, the Department of Corrections stated that not once has Immigration and Customs Enforcement (ICE) presented a valid judicial warrant to detain an immigrant. And yet, there are scores of individuals who have been handed over to ICE by DOC and other city officials. Immigrants need a course of relief whenever their rights are violated. Protecting the rights of our immigrant neighbors protects the rights of all New Yorkers.”

immigrants, immigrants in the U.S., Immigration and Customs Enforcement (ICE)