Comptroller Lander: More Than 1300 Workers Are Entitled to Nearly $3 Million in Prevailing Wages

Bureau of Labor Law recoups unpaid wages with interest for workers regardless of their immigration status, whether or not they still live in New York City. 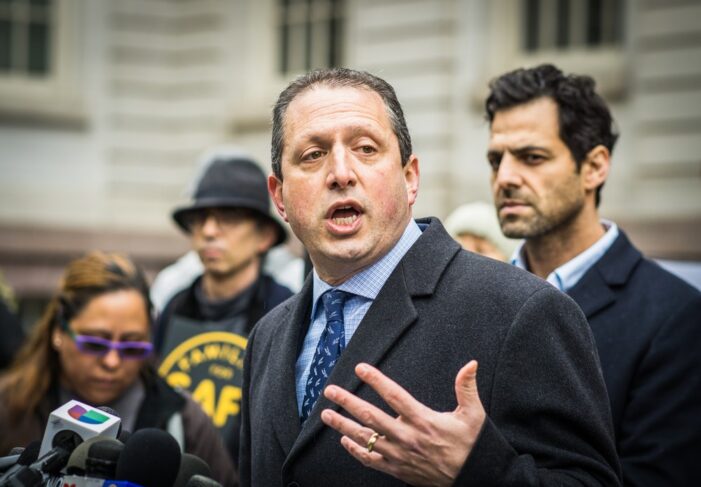 New York City, New York/USA February 11, 2020 Members of The City Council held a Press Conference today at City Hall where they will vote on The Reckless Driver Accountability Act. (Shutterstock)

Prevailing wage laws require employers to pay workers a wage and benefit rate set annually by the New York City Comptroller when those employees work on City public works projects in construction, such as renovating public schools or building service contracts, which includes security guard and custodial work. When companies do not pay prevailing wage, the Comptroller enforces the law to ensure workers receive what they are due.

“Hardworking New Yorkers who were stiffed by their employers deserve every penny that they are owed. But many workers who were cheated on city contracts may not know that our office fought to win back their wages and is ready to write them a check. Every week is Labor Rights Week at the Comptroller’s office, but this week you can help us by spreading the word. The workers who build our schools, care for our offices and protect our buildings deserve to be paid prevailing wages, and we will continue to fight to ensure they are,” said Comptroller Brad Lander.

Under recent and past settlements, 1,300 workers are owed a total of $2.8 Million. The unpaid wages owed to workers who have not claimed their settlements range from a few hundred dollars to more than $86,000. One worker from Queens is owed $86,391, while another in Brooklyn is owed $64,537, and another from the Bronx is owed $51,358.

Workers who were employed on City-funded worksites like public schools, subway stations, City streets and parks, and believe that our office has collected unpaid prevailing wages from their employers should call the Comptroller’s hotline at (212) 669-4443, send inquiries via email to laborlaw@comptroller.nyc.gov, or check the Comptroller’s unclaimed wages mobile-friendly website.

The Comptroller’s Bureau of Labor Law has been conducting “Know Your Rights” workshops throughout the City in partnership with community organizations including Mixteca Organization Inc., Catholic Charities, St. Jerome Hands, Mexican Consulate, La Colmena, N.I.C.E, among others. “Know Your Rights” materials are available on the Comptroller’s website in English and many other languages. In the last decade, the office has assessed more than $35 million in prevailing wage violations and paid over $22 million to employees who were cheated out of their wages. It has also debarred over 60 contractors who took advantage of workers.