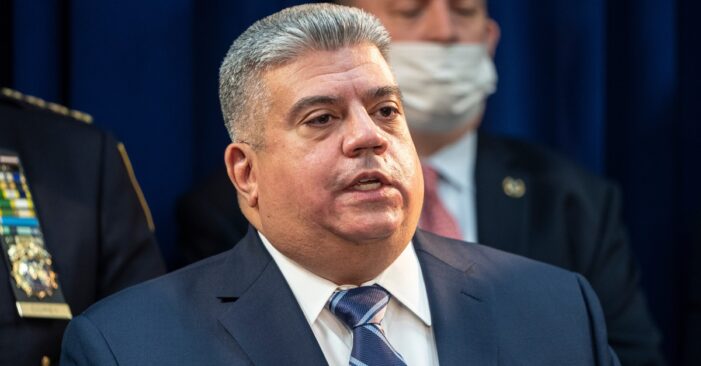 Eric Gonzalez became the first Latino District Attorney elected in New York State in November 2017. Gonzalez became acting DA after his predecessor, Ken Thompson, was diagnosed with cancer and took time off to seek treatment. Unfortunately, only five days after his announcement, Thompson passed away on October 9, 2016, at 50.

Then, Governor Andrew Cuomo declared that he would not assign a successor after the passing of Thompson. “The important work of the Brooklyn district attorney’s office does not cease,” said Cuomo after announcing that the next DA would be decided in the next elections, leaving Gonzalez as acting DA.

From the beginning, Gonzalez has spearheaded many programs, from bail reform, Young Adult Court, expansion of non-prosecution of marijuana possession, and a pre-court diversion program for low-level drug offenders. But what has made Gonzalez stand out is his advocacy for making the criminal justice system equal for immigrants.

David Satnarine, Special Counsel for Immigrant Affairs in the Brooklyn DA’s office, spoke to us about the many goals of the district attorney’s office. Satnarine oversees and manages immigration policies. One of these goals is to protect the immigrants of Brooklyn. One example is helping immigrants apply for a U nonimmigrant status or a U visa. In most cases, to qualify for a U visa, one must have been a victim of a severe crime and suffered mental or physical abuse by a U.S. perpetrator and provide proof. But Satnarine and the DA’s office can help immigrants expedite the process. If approved for a U visa, individuals will be granted legal status in the U.S. for up to four years.

Listen to an interview with David Satnarine below:

The other goal is to restructure the criminal justice system to be non-discriminatory for immigrants in Brooklyn.

“We fully acknowledge that immigrants are essential and vital to the community of Brooklyn,” said Satnarine. “The story of Brooklyn and what Brooklyn is; it’s a story of immigration for many, many people.”

Satnarine and another lawyer were hired early on while Gonzalez was acting district attorney. Their role is to train all staff on immigration issues and advise prosecutors on non-citizen defendants’ cases to avoid disproportionate collateral consequences, such as deportation. Many leaders of immigration organizations praised Gonzalez for this.

One of the ways that Gonzalez has modeled a trustworthy criminal justice system for immigrants is with a collateral consequence policy. The DA’s office knows that immigrants may face unforgiving immigration punishments due to criminal convictions, even minor offenses.

“Prosecutors have never cared about what happens to someone if they plead guilty to a crime, whether it’s a low-level offense or a high-level offense,” said Satnarine. “Whether that offense gets you deported or not. Prosecutors never used to take that into consideration.”

Gonzalez has reformed the prejudice of past prosecutors. Today, the district attorney’s office ensures that no matter the conviction, especially minor offenses, do not lead to severe consequences like deportation, which is usually unjust and destroys the lives and families of Brooklynites.

Gonzalez went as far as suing the Trump Administration and Immigration and Customs Enforcement (ICE). During their four years in office, the Trump Administration and ICE were notoriously known to use the court system to trap immigrants for detention and deportation. A report by the Immigrant Defense Project showed that arrests in New York City had drastically increased. ICE agents began applying new tactics like wearing plainclothes, driving unmarked vehicles, using grotesque surveillance techniques, and unnecessary force in their arrest while ignoring their regulations.

Lurking the courtroom halls, they stalked individuals and targeted everyone, including those who were survivors of human trafficking or domestic abuse and younger immigrants like DACA recipients.

Gonzalez and Attorney General Letitia James won the lawsuit putting an end to the practice of immigration arrests in and around state courthouses.

Though immigrants’ hardships persist, Representative District Attorney Eric Gonzalez spares no effort to ensure that immigrants, who contribute to this country in immeasurable ways, receive the support they deserve. And if not deserved, then earned. There are no two ways about it.