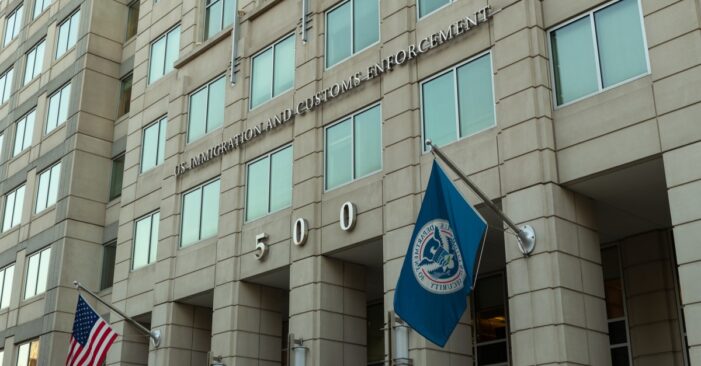 Washington (CNN)President Joe Biden’s pick to helm US Immigration and Customs Enforcement, Ed Gonzalez, is withdrawing from consideration, Gonzalez announced in a tweet on Monday, leaving the agency without permanent leadership as the administration tries to usher forward its immigration agenda.

Biden tapped Gonzalez to serve as ICE director last year. But more than a year later, his nomination languished in the Senate.
“On Sunday, I informed President Biden’s administration that I am respectfully withdrawing from consideration for the post of Director of US Immigration and Customs Enforcement,” said Gonzalez, who currently serves as Harris County, Texas, sheriff, adding that he arrived at the decisions after “prayerfully considering what’s best for our nation, my family, and the people of Harris County who elected me to serve a second term as Sheriff.”

ICE, an agency within the Department of Homeland Security, hasn’t had a Senate-confirmed director since the Obama administration. The agency, which detains and deports immigrants and investigates crimes, is currently led by career official Tae Johnson in an acting capacity.
In his letter to Biden, which was obtained by CNN, Gonzalez called the nomination a “tremendous honor.”

Gonzalez outlined the challenges facing Harris County, saying: “All of this leads me to the unavoidable conclusion that in 2022, I must devote my full, undivided attention and energy toward fulfilling the duties that the people of Harris County elected me to perform.”

In a statement, a White House spokesperson said: “Sheriff Gonzalez has the qualifications and experience to do this important job and would have been a great leader of ICE.”

“We thank Sheriff Gonzalez for his willingness to serve in the face of baseless allegations against his family and thank Homeland Security Chairman (Gary) Peters for his diligent and hard work in support of the nomination,” the spokesperson added.

The affidavit, provided by Lankford and filed last year, was part of a lawsuit against staff members of Houston Community College and unrelated to Gonzalez. A licensed police officer for the college claimed in the affidavit that he, along with another officer, was called to investigate “an alleged domestic dispute” involving Melissa Gonzalez, Gonzalez’s wife. Melissa Gonzalez previously denied that she had filed or made a complaint against her husband.

A bipartisan inquiry into the allegations by staff with the Senate Homeland Security and Governmental Affairs Committee found a series of discrepancies in the affidavit and individuals mentioned denied the events mentioned ever took place, according to the findings obtained by CNN.

In February, the Homeland Security and Governmental Affairs Committee voted along party lines to move Gonzalez for full Senate consideration — for the second time. A previous hearing and vote were held, but Gonzalez had to be renominated because of the new legislative session. He did not receive a Senate floor vote.