Biden Released His Budget for 2023 – What Does it Mean for Immigration Issues? 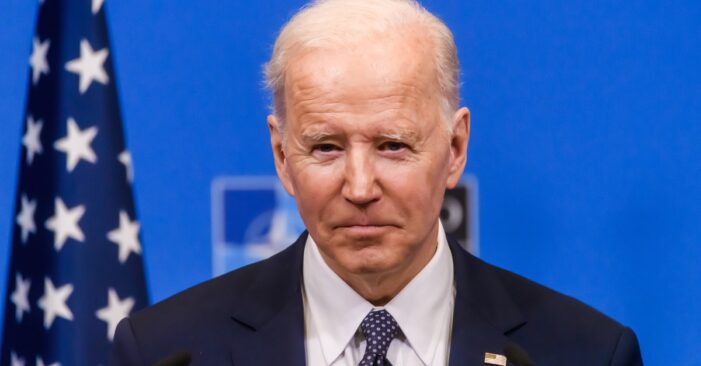 Every year, the president submits a budget request to Congress with their proposal for funding the federal government. Over the last 20 years, Congress has spent over $333 billion on immigration enforcement agencies. Recently, President Biden put forward the second budget request of his time in office, for Fiscal Year 2023, which begins on October 1, 2022.

Even though a president’s budget request isn’t binding on Congress, it can send a powerful signal of a president’s priorities. And last year, President Biden’s budget only called for a minor reduction in U.S. Immigration and Customs Enforcement (ICE) detention. This time, President Biden is sending a stronger message of support for immigrants—although not in every area.

Proposed budget changes at the Department of Homeland Security
Under the new budget proposal, DHS’ overall budget would increase significantly. However, not every part of the agency would see an increase. The budget proposal calls for slightly decreased funding to two watchdogs, the Office of Immigration Detention Ombudsman and the Office of Civil Rights and Civil Liberties. The Office of Inspector General, however, would get a minor budget increase.

Other notable immigration funding provisions include a request for an additional $765 million for U.S. Citizenship and Immigration Services. This influx would help clear massive backlogs in the legal immigration system. The agency is normally funded by application fees. Last year Congress gave the agency a total of $275 million in emergency funding. The Biden administration says that isn’t enough to solve the problems caused by years of neglect at the agency and damage done by the Trump administration.

It’s clear that the agency will need year-over-year funding to clear its backlog and for processing times for stabilize.

Proposed budget changes at ICE
ICE’s overall budget would rise modestly from $7.94 billion to $8.0 billon. The detention budget would be cut by nearly $370 million. This would require ICE to cut its detention bed space to 24,000 beds, down from 34,000 under current funding. It would also mean Congressional approval for the end of family detention.

Like last year, the budget asks Congress to rescind the $1.25 billion that was previously set aside to build new border wall. So far, Biden has largely kept his promise not to build any additional wall. But because the president is required to follow Congress’s funding commands, he may eventually be forced to spend some of that money on border wall unless Congress formally takes it back in a new budget.

Proposed changes to the immigration court system
One of the biggest changes proposed by President Biden would be a $150 million fund to provide lawyers to people in immigration court, with the goal of ensuring that no child faces deportation without a lawyer. This would be a major victory for due process and represents a significantly increased commitment to representation compared to last year. The 2022 budget proposal only called for a $15 million representation pilot program.

However, despite the House passing a budget last year with $50 million for representation, the ultimate compromise agreement contained no funding for the president’s proposed pilot program for appointed counsel.

What’s next?
Now that Biden’s budget proposal has been published, Congress will debate what the Fiscal Year 2023 budget should look like. Both the House and the Senate will produce their own budget bills, which may disagree on some issues. This process is likely to play out over the spring and summer.

Once the two Houses have passed a budget, Democrats and Republicans will negotiate over a compromise that can pass the Senate by 60 votes. As a result, some changes for immigrants may not make it into the final budget, which may not be passed until late this year or early next year.