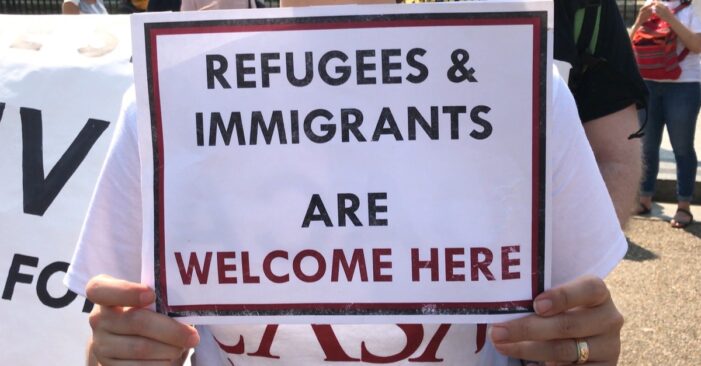 Washington D.C. – The White House announced on Friday, October 8, 2021, that President Biden has officially signed the Fiscal Year 2022 “Presidential Determination” on refugee admissions, raising the annual cap to 125,000. The Fiscal Year 2021 Refugee Cap was previously increased to 62,500 in May from the all-time low cap of 15,000 set by former President Trump.

President Biden has directed the administration to resettle refugees according to the following regional allocations:

In its report to Congress, the administration identified priorities and populations of particular concern, including “expanded resettlement of Central Americans; enhanced access to the USRAP for Afghans at risk due to their affiliation with the United States; increased resettlement of LGBTQI+ refugees; priority access for at-risk Uyghurs, Hong Kong refugees, and Burmese dissidents; and resettlement of Burmese Rohingya.”

The following is a statement by Krish O’Mara Vignarajah, President and CEO of Lutheran Immigration and Refugee Service, the nation’s largest faith-based nonprofit dedicated exclusively to serving refugees, asylum seekers, and other vulnerable immigrant communities:

“The new Refugee Cap represents a campaign promise kept and a substantive policy shift far more aligned with our values as a welcoming nation. There have undoubtedly been challenges in rebuilding the refugee program from rock bottom, but President Biden’s signature today is a recommitment to America as the shining city on the hill.

We are extremely grateful for the administration’s recognition that refugees make our nation stronger. They may arrive with little, but refugees contribute so much. They enrich our culture, stimulate our economy, and revitalize our workforce. Americans across the country and across the political spectrum are eager to re-engage in this work of welcome. With community support, we stand ready to resettle refugees, reunite families, and rekindle the American dream.”