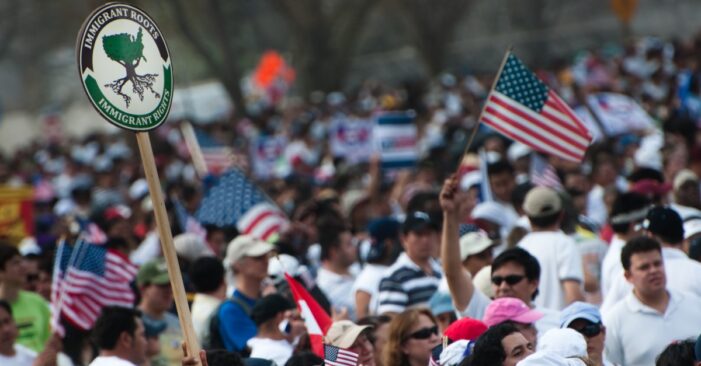 On December 16, the Senate parliamentarian ruled against including modest immigration provisions in the “Build Back Better” spending plan. The provisions were intended to provide U.S. work permits to a significant number of immigrants residing in the U.S. over many years — a population that, because of U.S. laws, are denied the possibility of securing more permanent visas.

In reaction, Alianza Americas, a network of 50-plus migrant-led organizations, and its digital organizing hub Presente.org, released the following reaction: “The parliamentarian’s rejection of these minor changes in immigration law represent bitter news just before end-of-year festivities,” said Oscar Chacón, executive director of Alianza Americas. “Latino immigrant communities are not just disappointed and angry with the parliamentarian. We are also disappointed with the Democratic party leadership in the Senate, which essentially made promises they were not capable of keeping.

“It is not too late for Democratic leadership in the Senate to right their wrongs. Democrats still have time to unite and ignore the parliamentarian’s advice, and maintain these key reforms, very much needed for the betterment of the nation,” added Chacón.

“Immigrants have been a hugely positive force for the U.S., and our laws should reflect this undeniable truth,” said Matt Nelson, director of Presente.org. “Immigrants deserve basic human rights and an immediate change in law that allows them to apply for legal permanent residency. This decision from the parliamentarian is outrageous and out of touch with the majority of voters as well as a betrayal of long-standing promises from Democratic leaders.”

“The Biden administration should help Democrats in the Senate do the right thing on the legislative front, while also making use of every available avenue for the executive branch to do right by immigrant communities,” said Nancy Treviño, Alianza Americas’ associate director for network power. “This means immediately revoking Title 42, an illegal policy that has no grounding in protecting public health. It means granting temporary protected status to Central Americans and other migrants already living in the U.S. What is not acceptable is a lack of action, which amounts to continuing the Trump administration’s racist and cruel policies. At this point, lack of decisive action on taking meaningful steps to protect immigrants is political cowardice.”