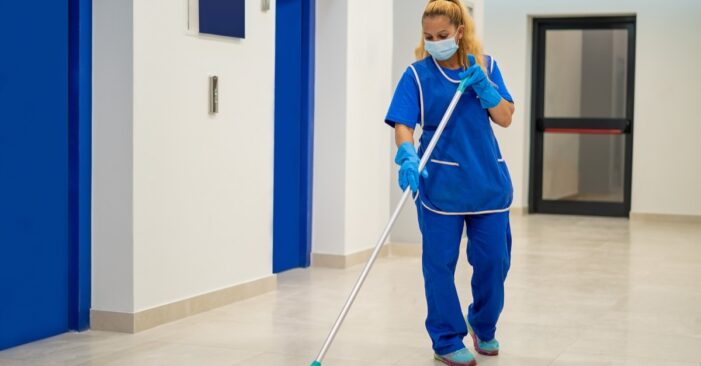 In a landmark court decision, Geo Group—one of the largest private prison companies that own and/or manage dozens of immigrant detention centers across the United States—was found to have violated Washington state’s minimum wage laws. The company has been ordered to pay over $23 million, $17.3 million of which will go directly to immigrants who were paid just $1/day for labor inside the detention center in backpay.

This decision comes after years of attempts to challenge the so-called “dollar-a-day” program, which is a coercive practice forcing many immigrants to work for insignificant pay that exists in immigration detention centers throughout the United States. The judge’s decision in the Washington case sets a new precedent, ruling that immigrants who work while held in detention are in fact employees and therefore subject to minimum wage laws.

Owning and operating private immigration detention centers is an extremely lucrative business. Part of what makes them so profitable is that internal operations such as cooking and cleaning are often “in-sourced” to the people who are detained, being paid $1/day.

The Washington lawsuit began in 2017 when the state’s attorney general sued Geo Group for unjust enrichment—claiming that the company was unfairly enriching itself by bypassing regular labor laws. Separately, private attorneys brought claims on behalf of individuals at a detention center in Tacoma, asking for back-pay. The judge eventually ruled in favor of both, granting $17.3 million in back pay to individual workers. Another $5.9 million went to Washington state as repayment for the unjust enrichment.

Advocates have struggled to challenge the practice of using the labor by detained individuals in detention centers at extremely low wages for years. Some have even compared its use to labor trafficking, claiming it arguably violates the Trafficking Victims Protection Act. Others have argued it violates the United States’ anti-slavery laws.

Lawsuits have been brought against major private prison companies like Geo Group and CoreCivic in states around the country, but with various levels of success. The government regularly argues that the detained people aren’t “employees” and that participation in the work is voluntary. But detainees have reported threats of punishment if they refuse the work, such as being placed in solitary confinement or forgoing the ability to purchase necessities from the commissary.

Exploiting detained immigrants for their labor—at $1 per day and sometimes less—is inhumane. With the recent decision in the Washington lawsuit as precedent, hopefully fewer people will remain trapped in detention as the cost of detention for the government increases with labor costs, and more of those that do will receive fair wages for their work inside detention centers.